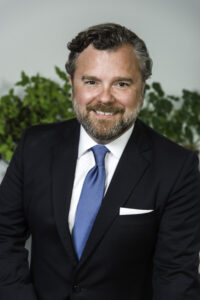 Stephen J. Kerrigan has held a number of key positions in government and politics for nearly three decades.  Steve currently serves as the President and Chief Executive Officer of the Edward M. Kennedy Community Health Center with sites in Worcester, Framingham and Milford, Massachusetts.

Prior to joining Kennedy CHC, Steve was the Principal of the Kilgeever Consulting Group, a public affairs firm that focused on government relations, business development and management consulting.  In addition, Steve served as the Chief Executive Officer of both the 2012 Democratic National Convention Committee and the 2013 Presidential Inaugural Committee, as well as in the role of Chief of Staff for President Obama’s 2009 Presidential Inaugural Committee.

As Chief of Staff to Massachusetts Attorney General Thomas F. Reilly, Steve set the public agenda and guided the initiatives of the largest regulatory and law enforcement office in New England.  Previous to his time in state government, Steve served as a trusted advisor and Senior Aide to Senator Edward M. Kennedy (D-MA) both in the Senate and outside of government for two decades.  Steve was a member of the Finance Committee and the Board of Selectmen in his native Lancaster, Massachusetts.

Outside of the workplace, Steve devotes time to his work on the Boards of NARAL Pro-Choice America and the Massachusetts Military Heroes Fund.  Steve was the Democratic Party’s nominee for Massachusetts Lieutenant Governor in the 2014 election cycle.

A graduate of Saint John’s High School and the University of Maryland, Steve lives in Lancaster and Boston, Massachusetts with his husband, Jacob.